Interactive Virtual Storytelling Experience for The Myth of Olbaid the Merciless 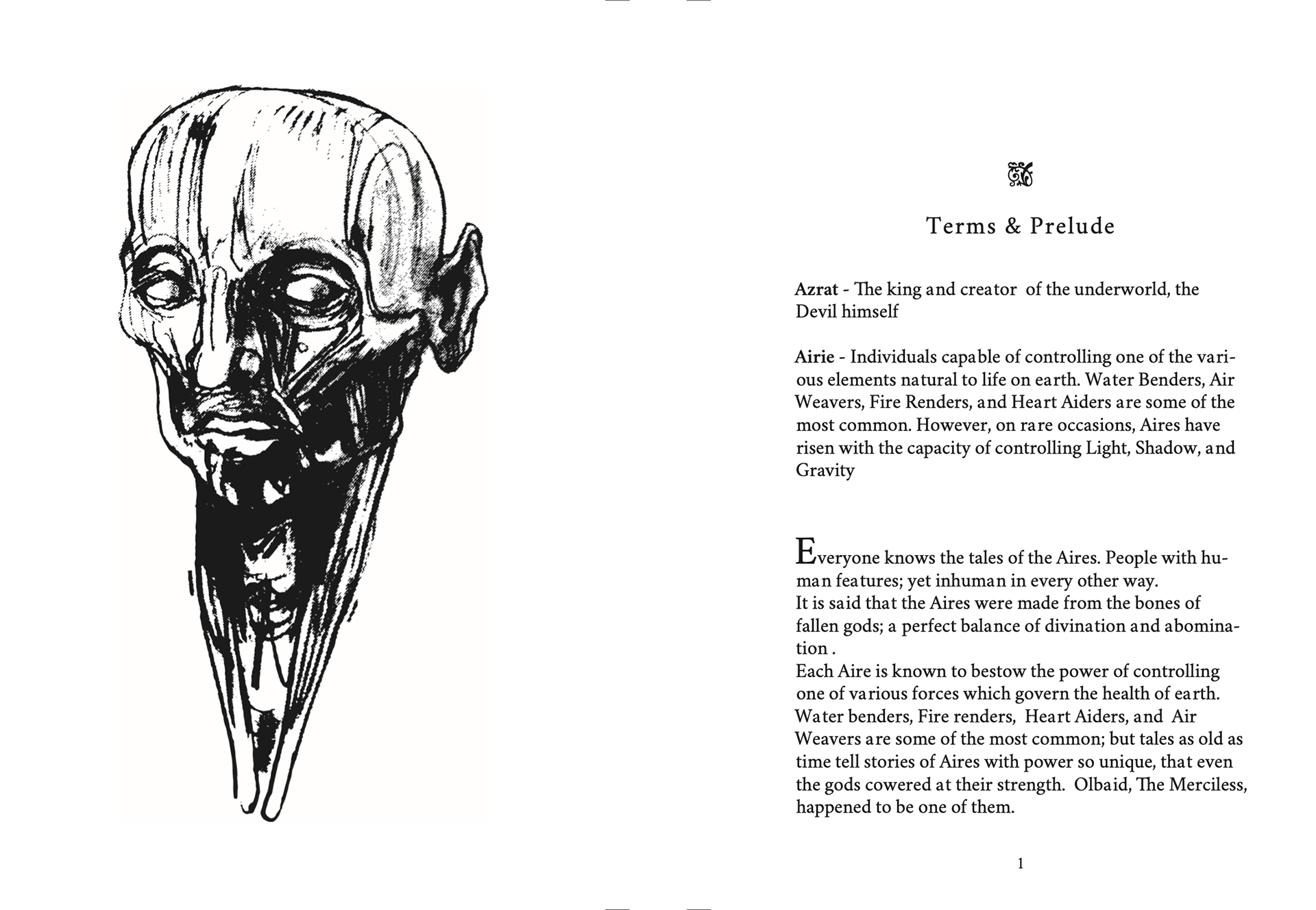 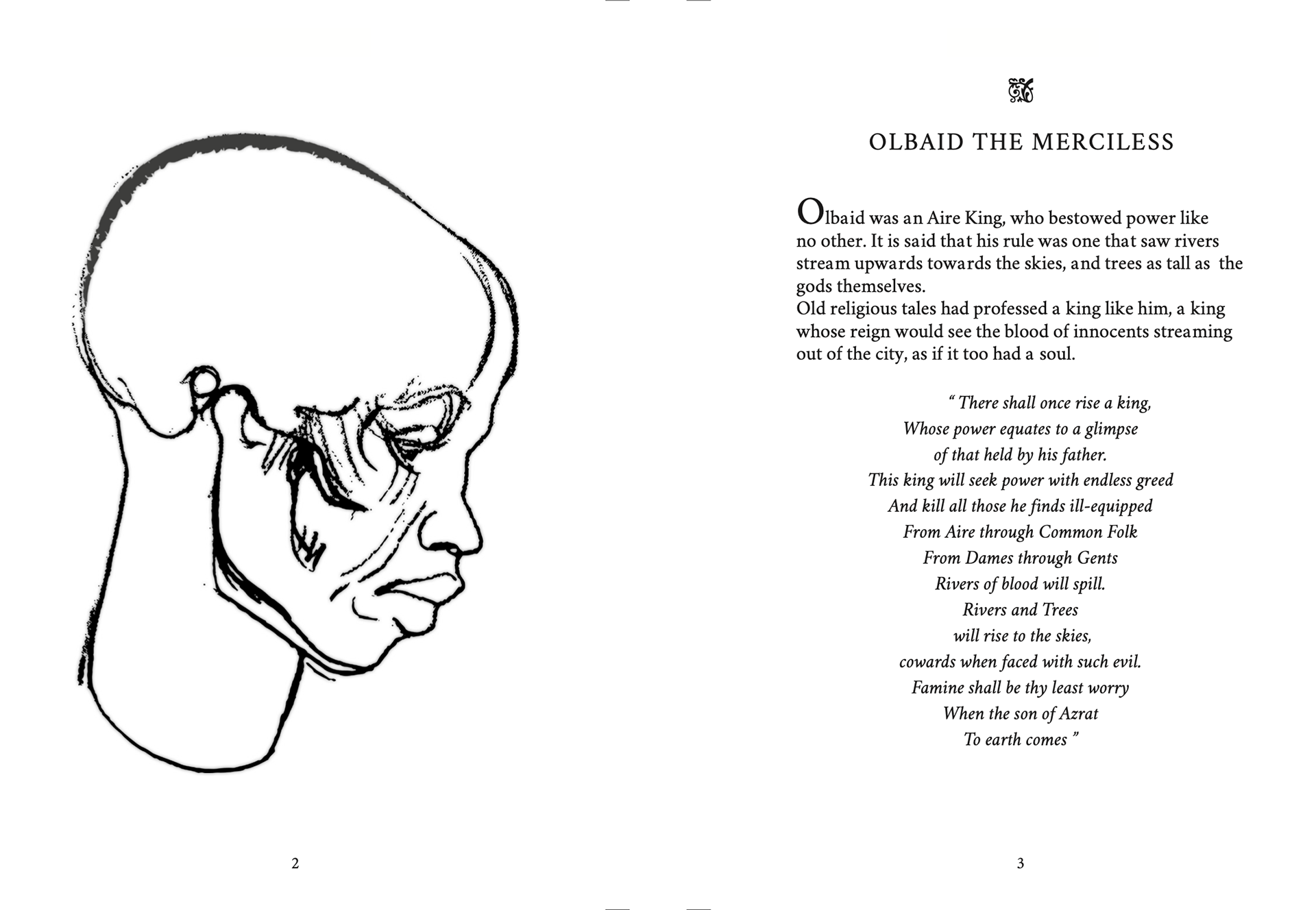 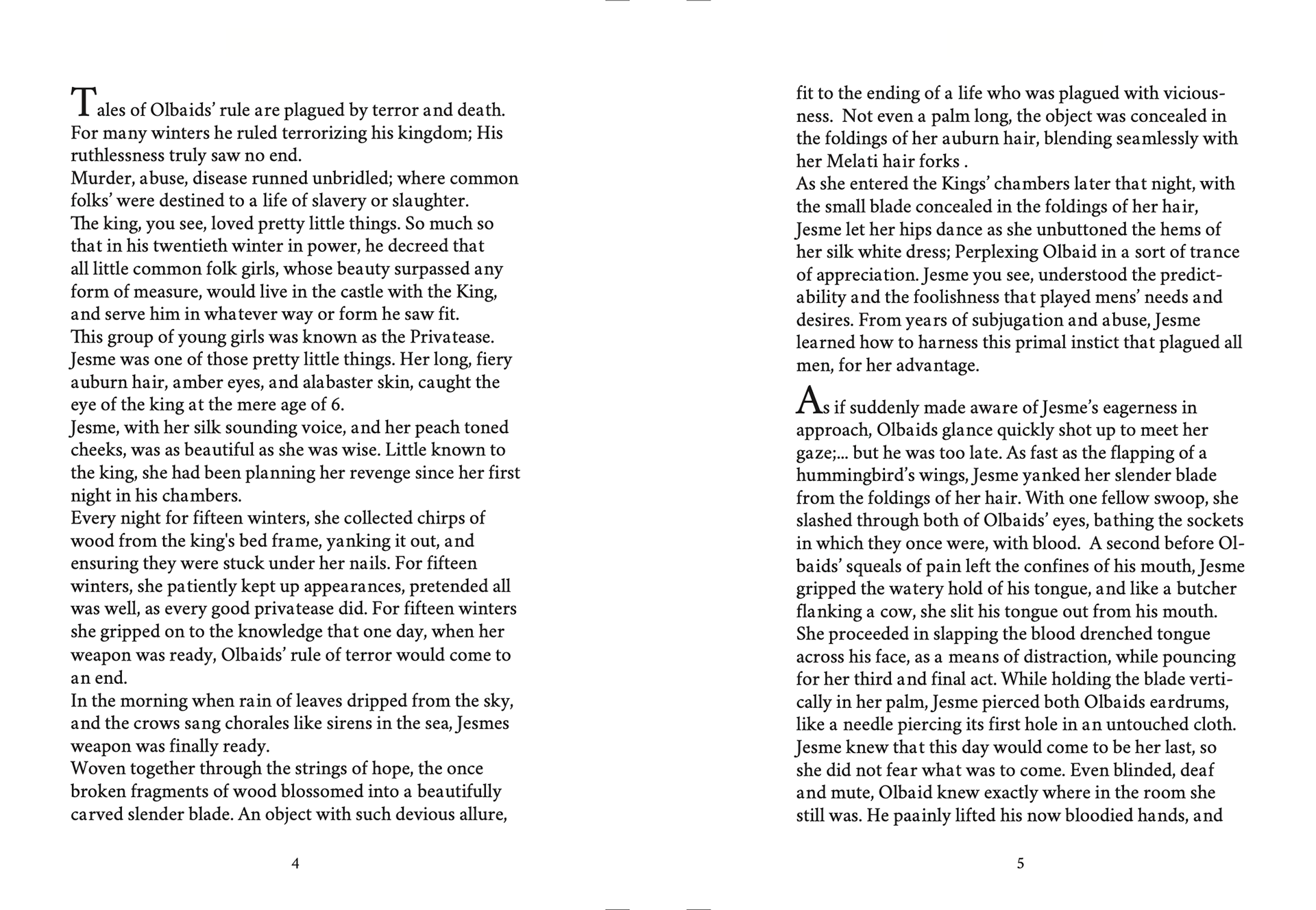 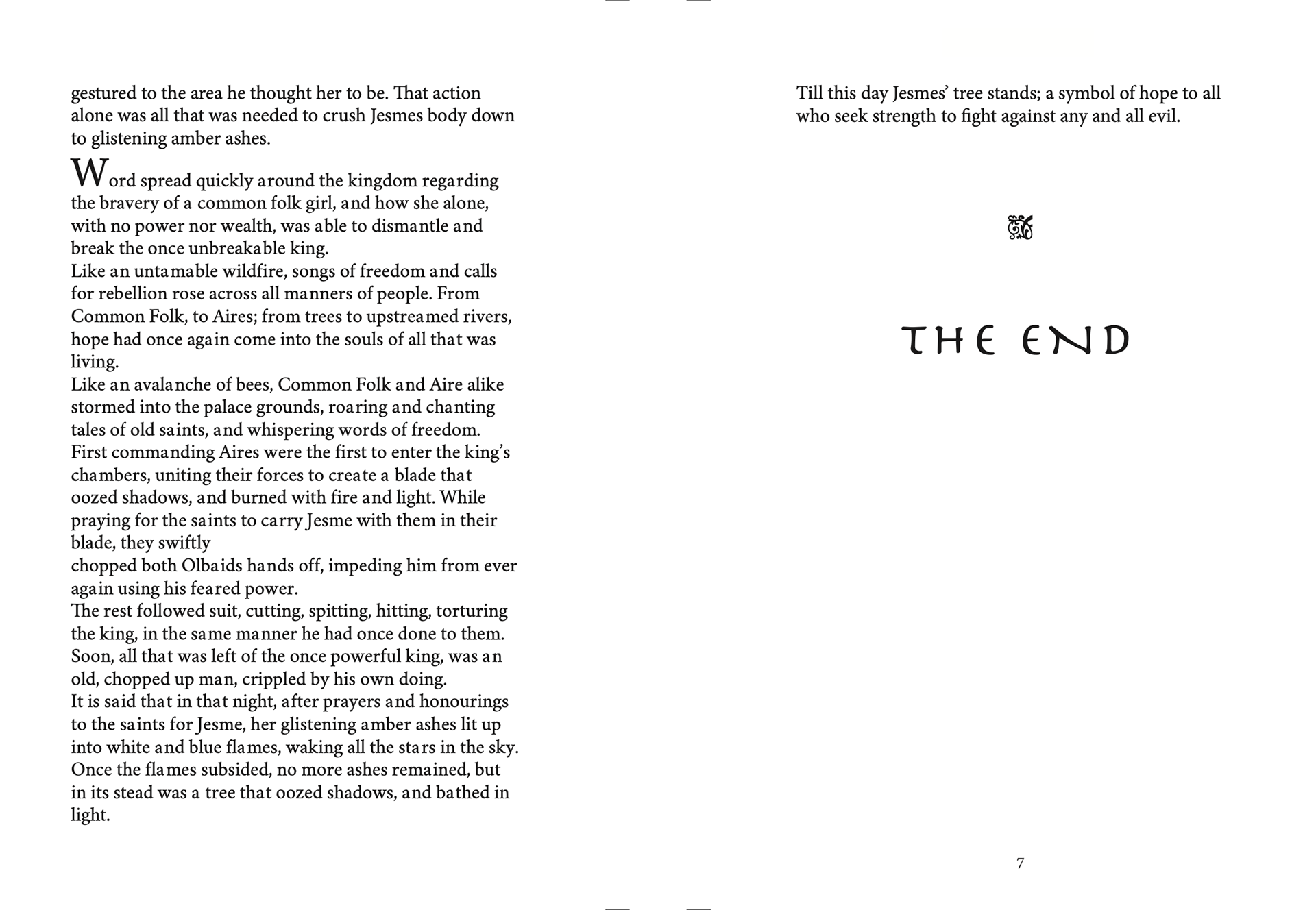 For this project I knew I wanted to create a virtual reality storytelling experience for the Myth of Olbaid the Merciless.
I knew I wanted to set the narration of this story, in a grove setting; from the grass, to the objects scale and placement, the user would get this feeling of being transported into a mystical garden located in a mystical world.

As user gets into the space, they encounter a white path; - The green clovers on the floor detail to the audience where she/he have to stand in order to trigger the audio associated with the object closest to it. In this specific snippet the music box is the first object the audience encounters. The music box, often associated with nostalgia and elegance;- commences by introducing the world in which the Myth transgresses.​​​​​​​

The Skulls are representative of Olbaid's reign of Terror, as common folks were deemed inferior to Airie Individuals. Hunger, disease and death were abundant amongst the common folks as Olbaid was a ruler plagued with wicked intentions.
As most objects in the scene, these skeletal elements are grabable.

Jesmes' life became representative to a game of Chess. Her actions allowing her to sleekly move across the board to kill the seemingly untouchable king.

Clothing can show a lot about a persons' identity.
In this snippet of the story the Jesme has blossomed into a beautiful young women, who's been subjugated to endure abuse since becoming part of The Kings' Private-ease.
In the scene the mannequin gradually changes color as a metaphor for Jesme's growth as a character throughout the piece. Starting off as an innocent child, the mannequin commences with a pastel pink tone; moreover at the end of the piece the mannequin has transformed into an armoured warrior that has victoriously won her battle.

Comments on This Piece by Those Who Experienced it
" The myth you wrote, explored different themes of women empowerment and strength in community, drew on classical storytelling and yet was fully contemporary. "
" You have found powerful ways to take the writing off the page into the digital and performative realm."
" In your work, you manage to balance fantasy and playful interactive experience with heavy or difficult subjects in such a way, that it creates a powerful experience for the audience without it becoming emotionally overwhelming or excluding viewers who do not immediately have a direct connection to the subject."

Jesme has been a character that I've been developing for a couple of months now.
Prior to writing the Myth, she already existed in my diaries, her essence preserved in the recycled pages of my hidden book.
Jesme has become ubiquitous in my mind; -  she resides within the trees, and the leafs that flourish between its branches. She resides within the streams of water, and the beds in which such streams flow. She resides in the souls of all that is living; her emotions a reflection in the shades of grass; She has become my Goddess of Nature and my Priestess of Justice.
The scene below depicts her temple in the skies, where she lies cocooned in the heartbeat of the elements themselves.
Once a common girl, with no powers or riches, to a goddess which makes the wishes of those who have been abused, heard,  through natures' spirit.
↑Back to Top