By recording my own voice, and playing with different sound elements using Adobe Audition, I wanted to create a sound piece that was able to take users through a auditory journey, in hopes of sparking new conversations surrounding mental disorders
Swing 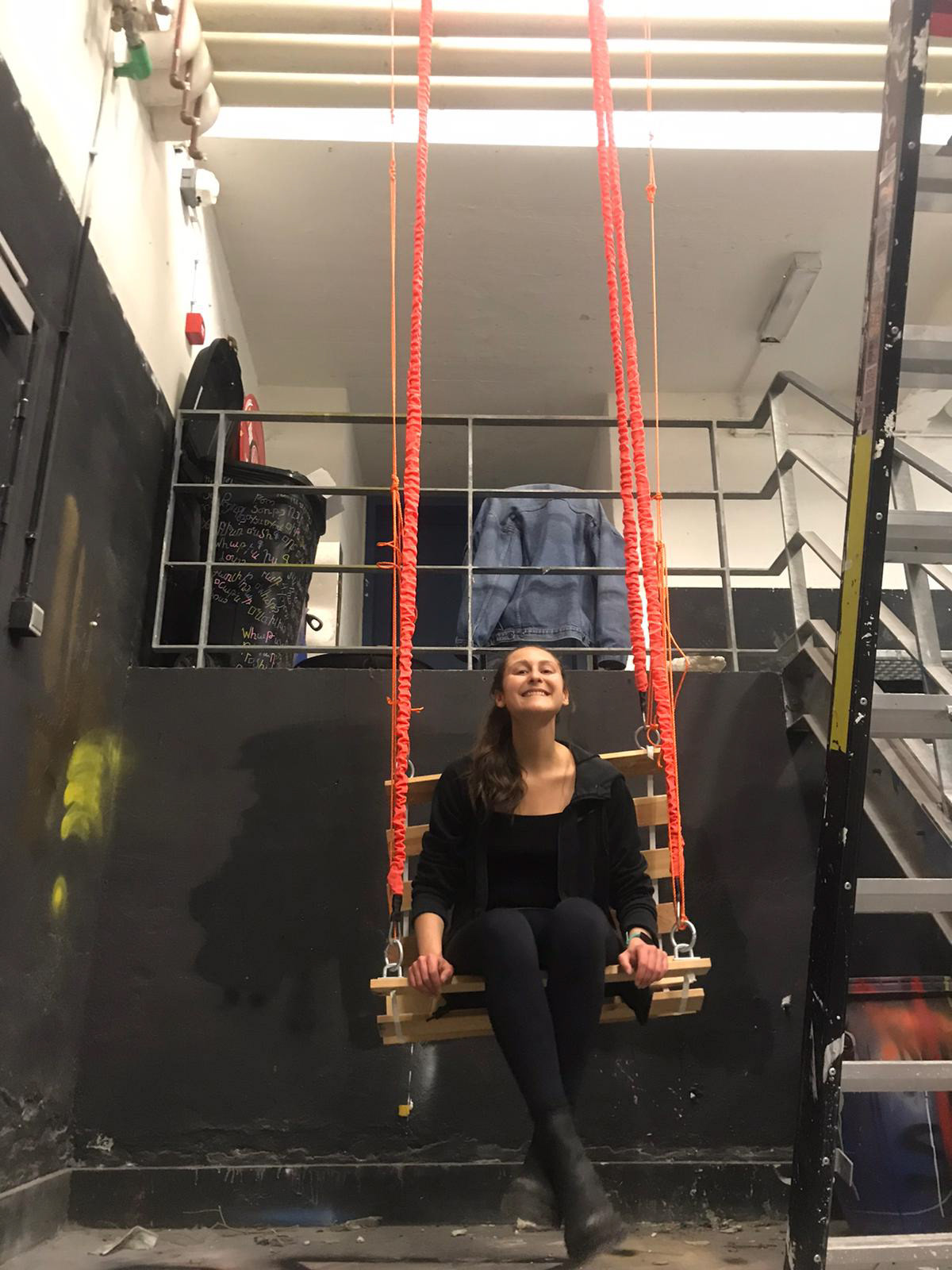 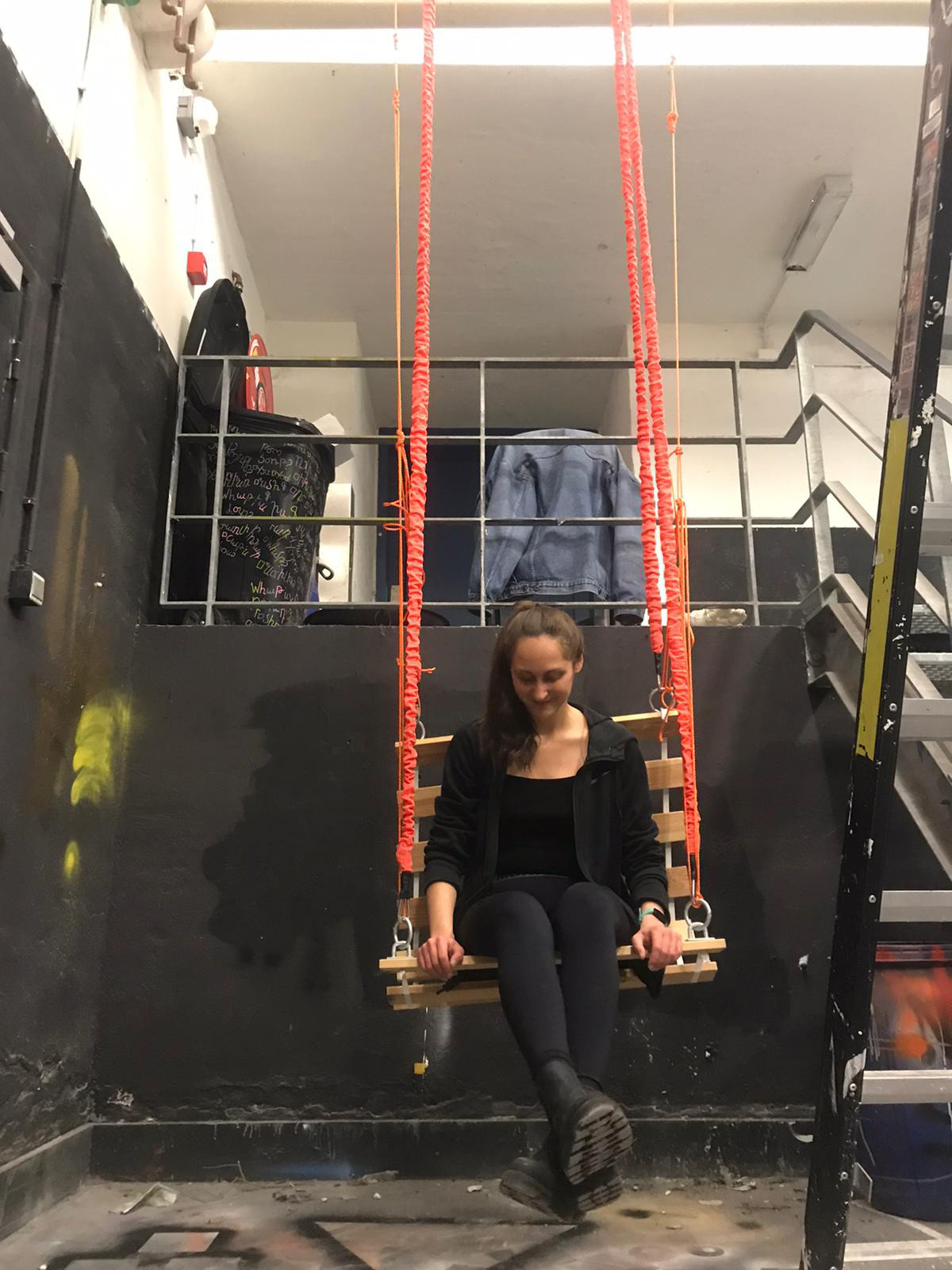 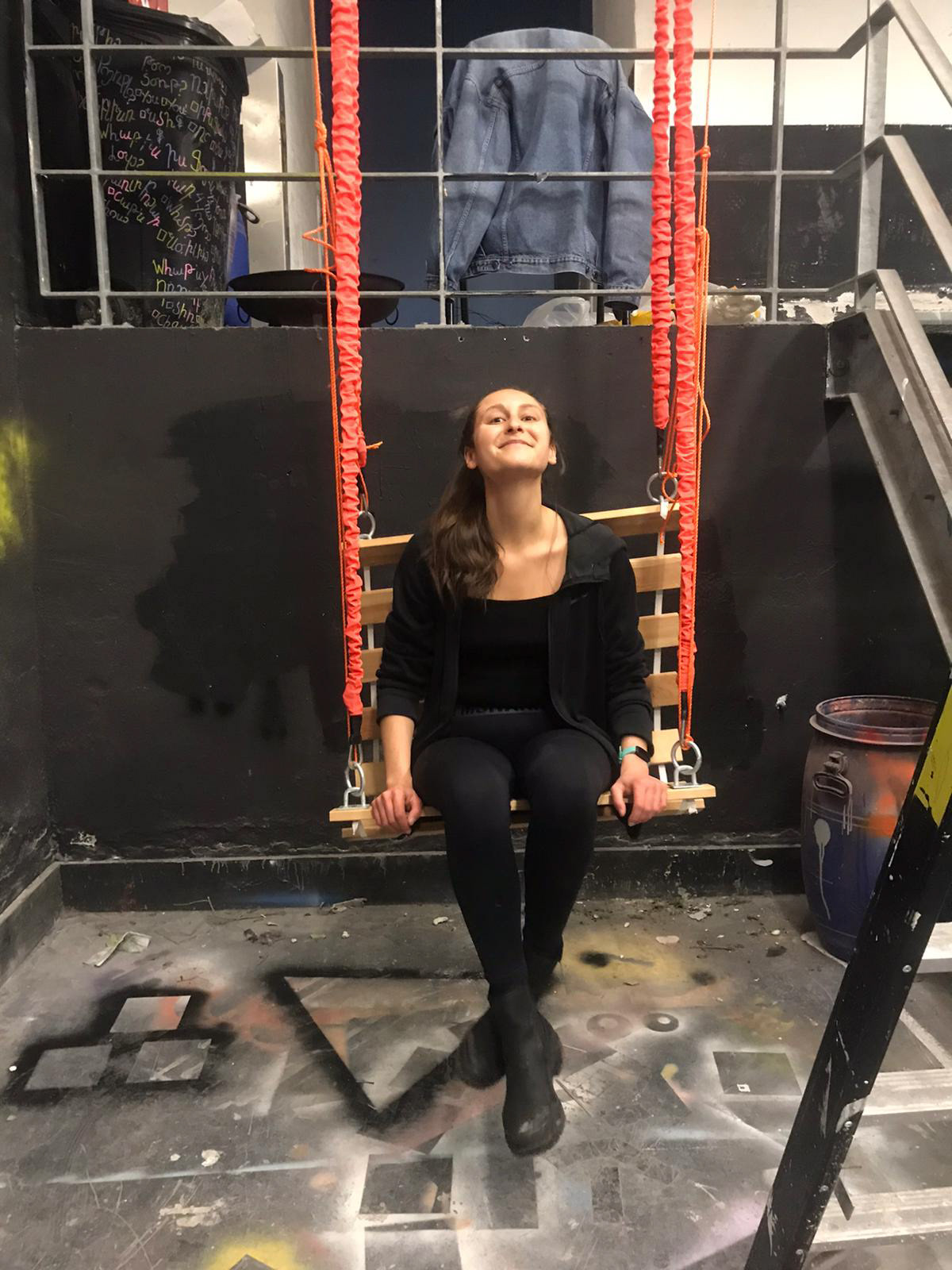 My initial thought process regarding this assignment focused on exploring my different definitions for movement.
1. The Instance of Moving - Which focused primarily in the movement inside my own mind, where a distinction was made with my internal battles vs. External pressures.
External Pressures : Profession, Future, Discipline,  Work,  Money,  Unemployment, Bills,  Mental Health, Professionalism, Work Ethic, Ambition as well as Lack there of, continuous fear of Burn-out.
Internal Pressures : Day-to-day, Social Distancing, Movement, Health, Isolation, Socialization, Quarantine, Food, Sedentarism, Weight gain, Routine,  Endless need to Work
Virtual Movement - Which focused on how people move within a virtual space as well as the message such virtual movement experience had on an individuals perception of smell and touch.
Political Movements (Refugee Crisis & Black Lives Matter) : Refugee Crisis with  the movement and displacement of peoples. Black lives matter movement which shined a light on how prevalent racism still is, and how such modern day racism has cost the lives of many.
How this movement shined a light on various new anti-semitic pro white supremacist groups, as well as the extent in which AI predictive policing systems run on biased racist data. From Marielle in Brazil, a female political activist of color who was brutally murdered in her car; to George Flloyd who was murdered simply due to the fact that police believe they had the right to use brutal force when an individual is of color.
The world in 2020 saw how a great percentage of individuals around the world see color as a means of categorizing peoples worth.
Emotional Movement :  Anorexia, Depression,  Anxiety, Grief, Love, Euphoria, Schizophrenia,  Bipolar Disorder, cancer (illness's and their relation to our brains).
Physical Movement : The beauty and pain of ballet, and the questions it poses off beauty standards nowadays.  How the “natural” has become unnatural.  From years of dancing ballet as a child, I was confronted with the notion of having to appear weightless; that I had to appear Beautiful, regardless of the pain I was in.
Afer this initial brainstorming phase, I decided to investigate more issues regarding the movement in ones mind.
By taking inspiration in my own experience with Anorexia, as well as my brothers' experience with Depression.
Below is a letter I wrote for my older brother; a letter which I still have not gotten the courage to send.

Since I knew I wanted to take this project approach, I knew that I had to answer some simple questions in order to get my project on its way.
What did I want to build?
How did I want to build it?
What mediums would I chose to convey my message?

That is where the next step of the process highlighted below comes in.

By using the wood workshop I was able to use a wood stapler to staple the wood pieces together using a Nylon String. I then proceeded to drill four metal suspenders to the bottom and top part of the swing chair, in order to attach my resistance band trainers to the chair, and the ceiling.
I knew I wanted to have this project be presented in the form of an installation, where a series of digital mockups were made prior to the actual building up process.

Such reference images can be found below :

After designing this virtual space, I gave myself two different plans of approach.
Plan of Approach 1 : User in the middle will be blindfolded when seated on the swing. He or she will become surrounded by different auditory representations and manifestations of different mental disorders
I hoped to make a mashup of different sounds that represent the struggles and issues individuals that deal with varying mental health disorders face.
Anorexia
Depression
Bipolar Disorder
Schizophrenia
Via mixing different sound styles and genres, I hoped tp convey each disorder in the most truthful manner possible via sound.
Plan of Approach 2 : User will enter the dark room where a white noise like sound will be playing before the individual seats on the swing.
In this scenario I imagined the individual to not be blindfolded, where I hoped to have different close letters, and diary entry's scattered around the floor, which recount the experience of different individuals who suffered and/or still suffer from one or more of the mental disorders listed above.
When individual seats on swing seat, he or she will become enveloped in sound (same as above option) and projected visuals in the wall parallel to the individual seated on the swing.
One person will be allowed to the enter the space at a time. Individuals will be given 10 -15 minutes to experience the space.
Different Visual Trials which I wished to overlay with the Final Piece
↑Back to Top